If you’ve ever traveled abroad, you likely have a pack of different outlet and plug adaptors to carry with you on your travels. Without adaptors, we’d be tech-less in an increasingly tech-reliant world. But why isn’t there a universal outlet? And what countries use which plugs?

Today, there are 15 different styles of outlets and plugs commonly used around the world. The style of plug and outlet that we use in the United States is known as ‘Type A.’ This plug style was invented in 1904 by the American inventor Harvey Hubbell II. Since then, little has changed about the design.

Type A plugs feature two polarised prongs, slightly differing in size. This plug style is considered more dangerous and has been outlawed for use in new construction in the United States since 1965. But why don’t other countries use the same plug style?

Put simply, type A and B plugs and outlets are considered very unsafe by international standards. Plugs aren’t insulated, and since wall outlets aren’t recessed, the risk of electrocution or shock is much higher.

Most-Used Plugs Around the World

So what plugs do different regions and countries commonly use? There can be many fluctuations even within one country, but these are the general standards outlets and plug styles: 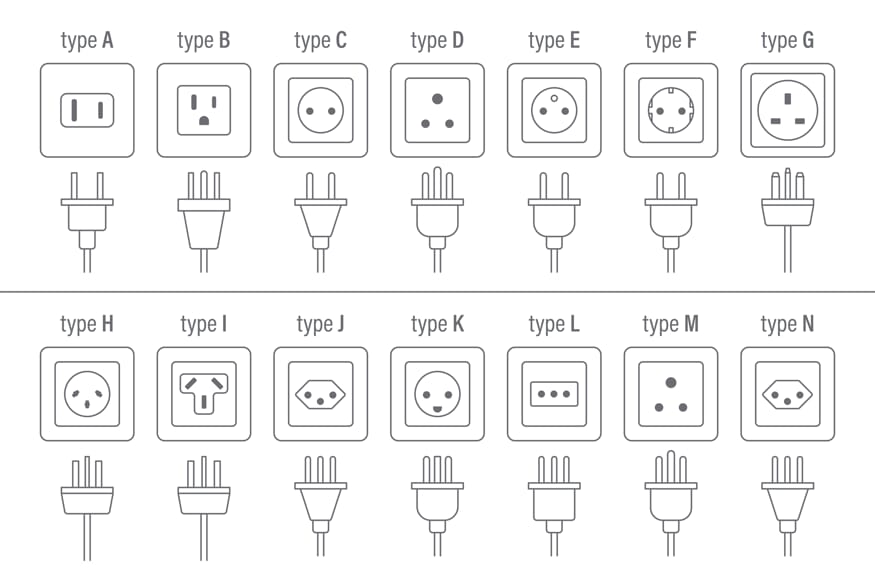